A potential extension of the proposed method in my job market paper is to improve the inference for the dynamic panel data model with interactive fixed effects and cross-sectional dependence. By allowing the predetermined regressors (e.g. lagged-dependent variables) in the IFE model, Moon and Weidner (2015) found two sources of asymptotic biases of the least squares (LS) estimator. The first type of bias is the same bias as Bai (2009) and the other type of bias arises from the predetermined regressors. In their bias correction procedure, they proposed consistent estimators of the biases under heteroskedasticity assuming no correlations in the idiosyncratic errors. But their estimators are not valid when the idiosyncratic errors are correlated in both dimensions. The bias caused by the time-series correlated errors and the predetermined regressors can be estimated by the truncated kernel method of Newey and West (1987). The problem is how to choose the bandwidth parameters for the corresponding bias estimators. In the presence of cross-sectional correlation and heteroskedasticity, we can apply the proposed procedure to improve the inference of the LS estimator by estimating the asymptotic bias and the covariance matrix. 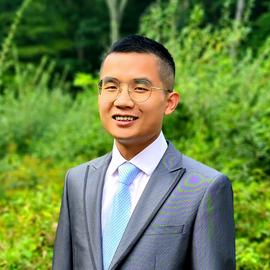